Transit Alliance Director: ‘Miami Can Be A City That Has Excellent Public Transit
2602
post-template-default,single,single-post,postid-2602,single-format-standard,bridge-core-1.0.4,ajax_fade,page_not_loaded,,qode-title-hidden,side_area_uncovered_from_content,hide_top_bar_on_mobile_header,qode-content-sidebar-responsive,qode-child-theme-ver-1.0.0,qode-theme-ver-18.0.8,qode-theme-bridge,disabled_footer_top,qode_header_in_grid,wpb-js-composer js-comp-ver-5.7,vc_responsive 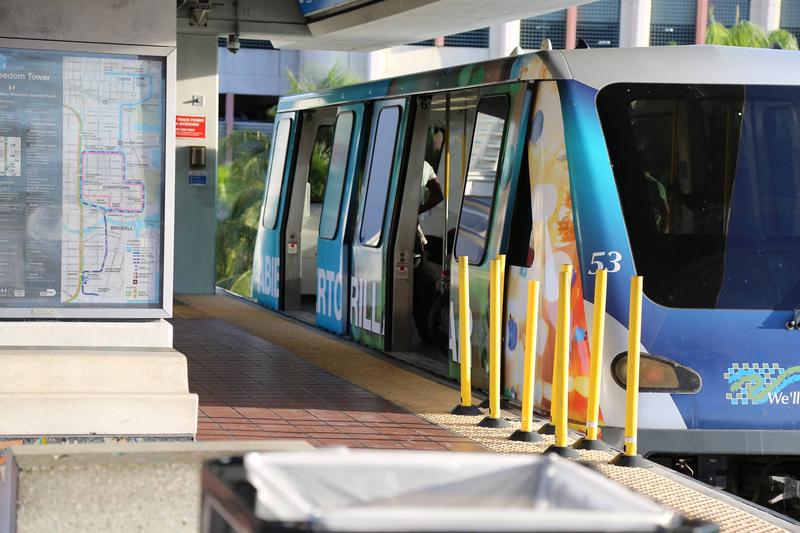 26 Sep Transit Alliance Director: ‘Miami Can Be A City That Has Excellent Public Transit

Miami mobile: some people believe Miami can become a city that, not only has great public transportation, but is also walkable and bike able. What do you think?

Bus riders in Miami-Dade County are waiting longer for their buses to arrive than in years past. Depending on the route, waiting times range from 15-45 minutes. In some instances, buses aren’t arriving at all.

According to Transit Alliance, a non-profit organization pushing for better public transportation solutions in Miami-Dade County, the “continued dismantling of the bus system is alarming and misguided.”

Transit Alliance recently launched a new campaign called “Where’s My Bus?” The five-week initiative addresses the state of Miami’s bus system through a series of events and conversations online. Azhar Chougle, the Director of Transit Alliance, joined Sundial to talk about the data that’s being collected throughout the campaign on bus ridership, reliability and service cuts.