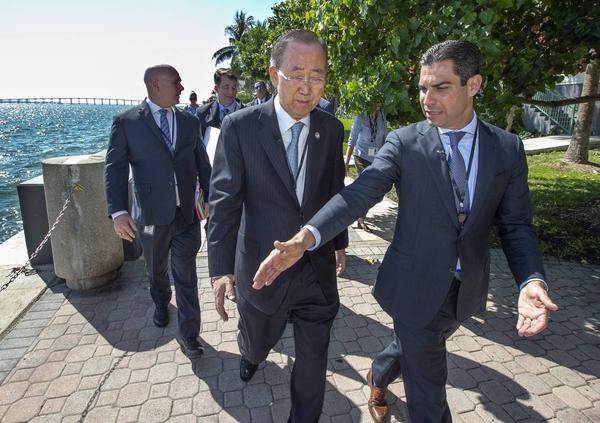 A global conference on climate change resilience in Miami on Tuesday highlighted the city’s efforts to respond to sea level rise and other extreme weather events. Led by former United Nations Secretary General Ban Ki-moon, representatives from the Global Commission on Adaptation toured the city’s flood prevention projects and met with Miami’s climate resilience leaders. Ban praised the city’s work to address sea level rise, saying Miami is a model for other places around the world under threat from climate change.

“If we do not take action appropriately, 800 million people in the world alongside the coastal area will be seriously affected,” Ban said after participating in a panel discussion. “Therefore like Miami has been doing, try to invest wisely.”